The Bravest Girl I Know

November 09, 2019
Its one of the most captivating things about our Eleanor. She is constantly brave.... in the face of things that scare, intimidate or challenge her we literally watch her overcome emotions of fear with a resolution that she can rise above it. For most of her life, we've celebrated this quality when we've seen her naturally act upon it. Many times, we've spoken it over her to remind her that we see this beautiful trait as we speak belief into whatever situation, trial or opportunity she has that may be holding her back. Our intentions have always been to celebrate the girl we see who is scared, but does it anyway.

But you know what isn't easy? Watching your "brave" girl not being able to put into words that she is scared, or anxious, or needs help but doesn't know how to ask. This year when Eleanor transitioned to her new school, she had mixed emotions leading up to the first day, as naturally, all of us would have. She was going to be the only new girl in the grade, before the summer hit she literally knew NO ONE there and was also changing from half-homeschool to full-time school. But we watched, and celebrated, her preparing for the school year with a brave face.

On the first day of school, there were little tears in her eyes as BJ and I dropped her at her classroom and she asked us not to leave. We reminded her that she's the bravest girl we know and that we would be praying for her all day long, missing her every moment, and be back the minute school was out to scoop her in our arms. She put on a brave face and I cried as we walked back to the car. Sure enough, at pickup she bounded to the car with smiles and giggles saying she made some new friends and had a great day... this behavior continued for a good week or so... you know, the honeymoon period.

About 3 weeks into school, Eleanor started visiting the nurse with a tummy ache every. single. day. Sometimes, multiples times. In the morning, she would complain that her tummy hurt and would have a hard time eating breakfast... after a full week of nurse visits, emails back and forth with her teacher and pressing to figure out what was going on... I decided to just sit with Eleanor. One night Tripp and BJ were off to a practice, Dorothy Grace was napping, and so Eleanor and I just sat and talked. It took awhile... but slowly, Eleanor started exposing little cracks in her heart that explained her tummy aches. Before I knew it, the flood gates opened and she couldn't stop sharing all that was raging in her mind and heart and ultimately, making her physically ill.

She is so eloquent, so mature and has such an old soul... it was like I was talking to someone looking back at their life instead of a child in the midst of the pain. But she shared how she was tired of being the new girl. She hated that she didn't know everyone and that consequently, not everyone knew her. At her old school she had grown comfortable with friends, with teachers and coaches... and this starting over was exhausting and lonely. And the curriculum,. In the beginning of the year most of the classroom practice reviews what was learned in the spring... she was confident in the answers they were getting in both math and grammar, but had no idea the manner in which they arrived at their answers. Every school day she went in afraid that a new concept was going to be introduced and she would be found out.... she wouldn't know how to get the answers, so her answers wouldn't be right anymore. This thought literally terrified her, hence the visit to the nurse every day right at the beginning of math class.

Oh my dear girl. As she shared I sat in silence and having to hold back genuine tears.... I asked her if I could tell her teacher so that we could make a plan to give her the help she needed. As I did, I watched her body language completely change... confidence returned to my sweet E.

As I was sharing this with my mom, she pointed out something that BJ and I never thought, nor ever intended, to be a consequence of telling someone how brave they are over and over and over again. Because maybe, just maybe, this was why it was so hard for Eleanor to admit she needed help... was this a sign of fear, or of inability or of weakness if she admitted she was anxious or scared?? This thought broke me. It is the exact opposite of every intention I have ever had for my girl.

So I'm no perfect parent (obviously), but in this moment I became determined to praise the beauty I saw in Eleanor's openness and ask for help.... because you know what? That is actually one of the bravest things we could ever do. Actually ADMIT we are scared. ADMIT we need help. ADMIT we are in pain. ADMIT we cannot do something in, or of, ourselves. Allowing someone in to your pain is really, really brave. It is one of the hardest things for most people to actually do, but it is so empowering to bring a need, a hurt, a pain point, or ulitmately even sin, to the light. Acknowledging that there is a little war in our minds that tells us we aren't good enough, brave enough, strong enough, fill-in-the-blank enough... and if we allow those thoughts to reign, they'll control us. But being brave enough to admit, in the small and the big, that you need help, you need belief, you need a Savior.... well, that is where life truly begins.

Eleanor doesn't get the full picture, quite yet, of how her humility and acknowledgement of her pain is so brave and so freeing... but it taught me. It is still teaching me, actually. And I am constantly on my knees that she, and all of my kids, would find safety in opening up to me, to BJ.... not afraid to bring their fear, their hurts, their pains, their failures to light... and that we would meet them with love, with hope, with grace and be simply a shadow of the love, hope and grace that they'll find in Christ Jesus.

Fast forward about two months and here we are today... and still parts of the story are still unfolding. Eleanor told BJ and I this Wednesday (3 months later!) that on the first day of school she cried 3 different times. When we left, before lunch and after lunch. She also laughed and said she can't even remember why. But my heart swells to know that she wanted us to know it. She that invited us in to a vulnerable part of her story. That because of this brave act a few months ago, she got the help she needed to go in and face every day, tummy ache free... and mentally free... of the fear of being found out.

You are so lovely, Eleanor. Thank you for teaching us, .... me, what it looks like to face fear head on. You don't hide from it, you don't ignore it in hopes that it just goes away, but there is HOPE in admitting when we don't have it in us to be "brave".
Eleanor

Popular posts from this blog

Wishing We Knew the Ending 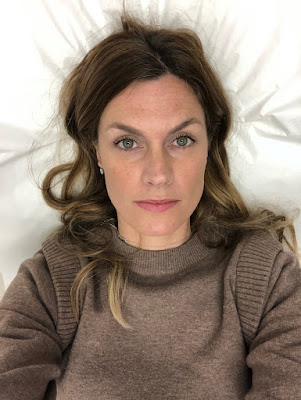 From July 2013 until November 2017, BJ and I faced secondary infertility. This painful road was so isolating, heartbreaking and awkward... I cringe, actually, thinking back on some of those dark days. When we were surprised to find out we were pregnant with Dorothy Grace, our real-life miracle and testimony of God's kindness to us, it was truly like a fairy tale. Too good to be true. Unfathomable. Pinch me, daily, kind of joy. And pretty much every single day of her life has continued to give us this sense of wonder, of joy, or praise and worship to God for entrusting us with her life. Its as if now I can look back at those dark days and exhale.... I know the ending, I can look back without those panic attacks creeping in, because Dorothy Grace is in my arms today. She's the constant banner in our lives that point us to Christ, reminding us that we can trust Him! The gift of her life has made us appreciate, celebrate, and more deeply love Eleanor and Tripp, as well. Truly, our…
Read more

The Sister of Honor... 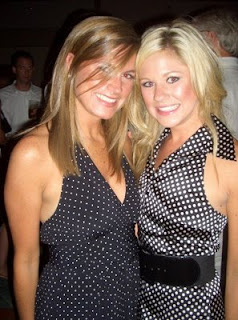 Its time for our readers to get to know some of our bridal party... and there is no better place to start than with your maid of honor!


For those of you who don't know my younger sister Katie, growing up she was my sidekick, my stage-hand, my monkey that would bang the cymbals if I asked.... basically, if I was the center of attention, she was right there to introduce me, applaud me, or be my partner in crime.
So now as we have both "grown" up, and its time for me to make the biggest decision of my life, it means the world to me that there Katie will be.... right by my side, my-stage hand, making me look better and supporting me as I change my last name once and for all.
Just so we are clear, there was, however, one time when I was furious that Katie shared my stage.... when I was about 6 years old I was determined I would be a childhood star.  So my parents, indulging me in this dream, let me audition for a kids movie called "The Donut Man".  Katie, 3 at the …
Read more

Karen Rector
Dallas, Texas
We are two people who have learned that God is Faithful, His timing is perfect, and He has created us for Himself, as well as for each other. We love sharing our lives together, until we see Jesus face-to-face. Who knows where the road will lead and who cares! We are on this journey together, forever! This all started as a wedding blog in 2008... today we hope you enjoy our musings, the mundane, and the adventures of our family.